With the emphasis still very much on natural fibres, Midwinter Yarns aims to promote Scandinavian yarns and knitting traditions. As such, we have handpicked a selection of  beautiful wool, alpaca and linen yarns that have hitherto not been available in the UK market and we hope that you will enjoy discovering them. We also stock a commercially dyed version of Squeaky Elliot's Lovely Linen in lots of great colours, and will continue to stock both Gower Wool and Elfyn's Lace.

We hope you will come and join us at www.midwinteryarns.com  !

Posted by Midwinter Yarns at 19:01 No comments:

So spring decided to spring this morning, with all the mad and wonderful shapes that Mother Nature creates 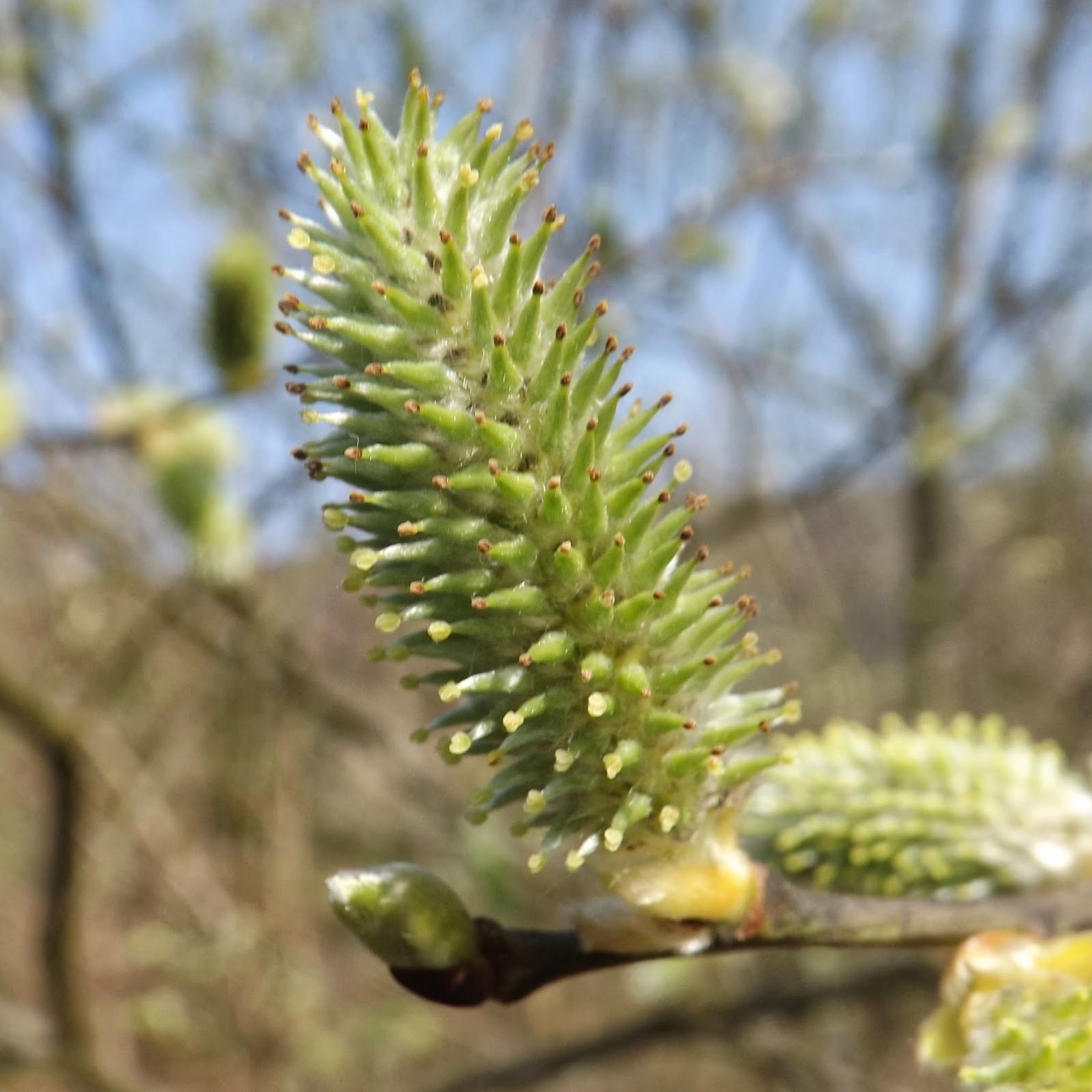 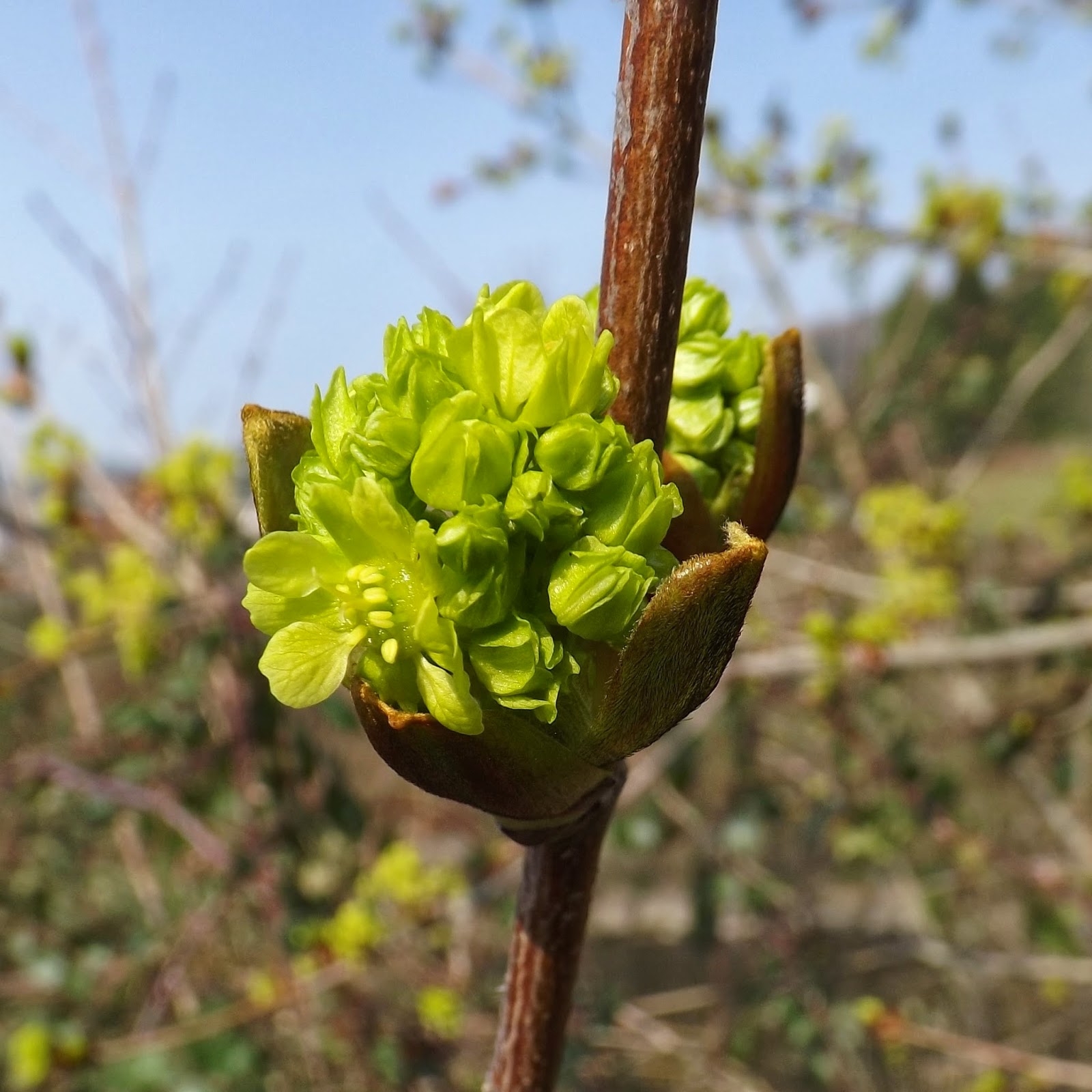 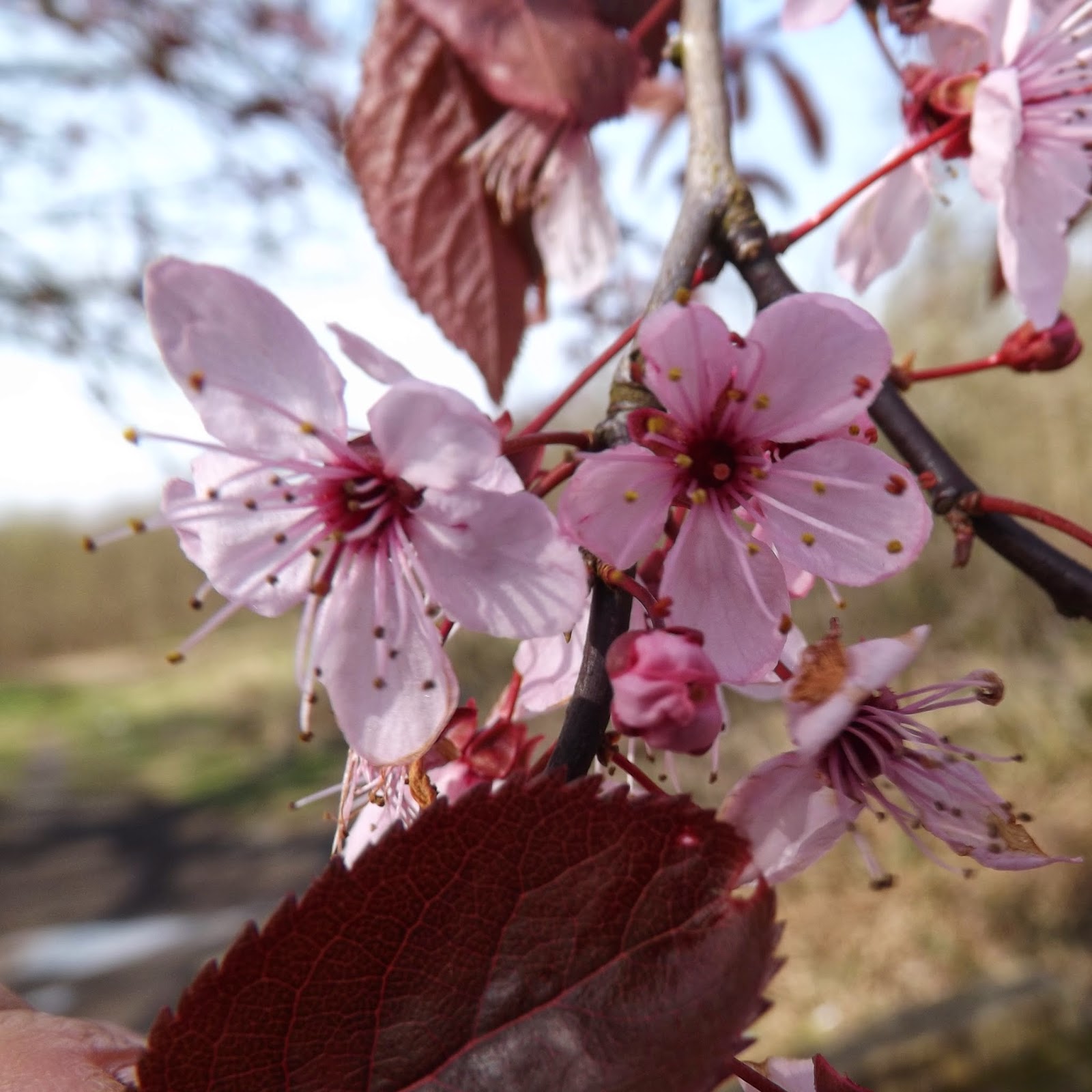 And with spring come fresh ideas: Squeaky Elliot Yarns will soon be moving to a whole new website where they will be joined by a hand picked selection of beautiful,  Scandinavian yarns.
We are working hard on the website itself and excitedly awaiting yarn deliveries, but in the meantime, please enjoy 10% off everything in the Etsy store in our Moving Sale!  Just enter MOVE14 in the coupon window at checkout and don't forget to check back here for further announcements :) 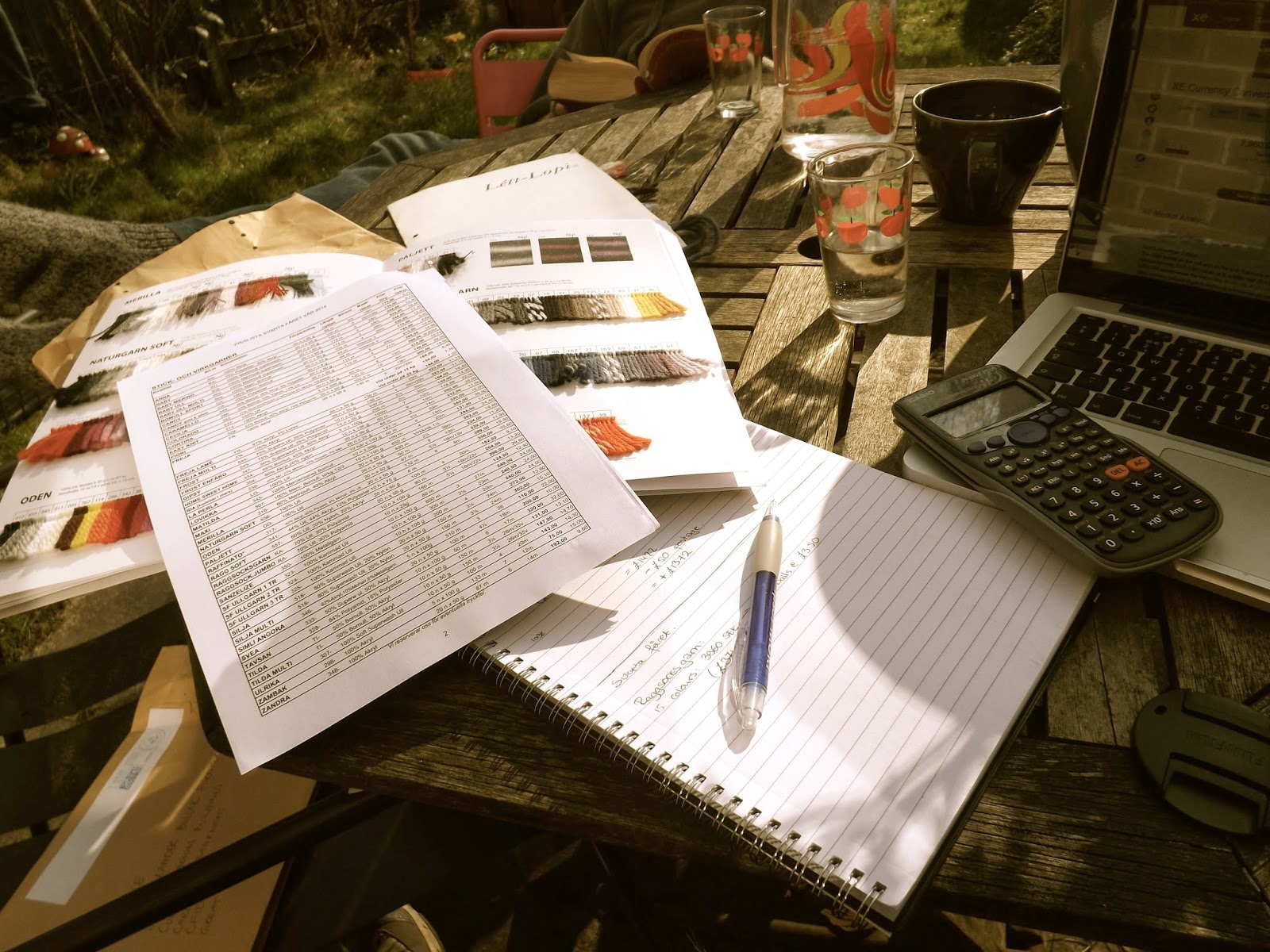 Posted by Midwinter Yarns at 12:19 No comments: 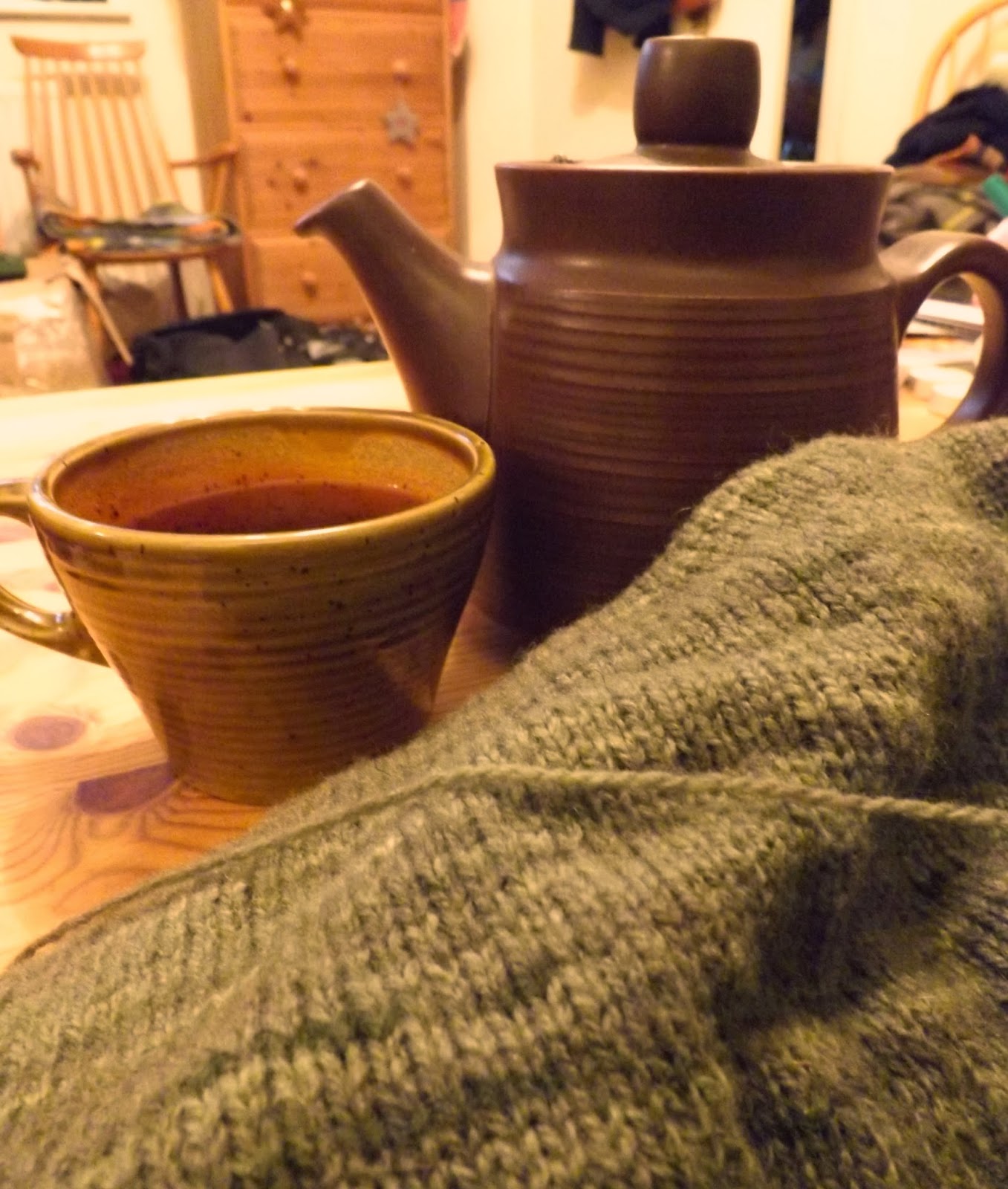 Cup of tea, a little knitting. Unwinding after a day of work and a rainy drive home.
Posted by Midwinter Yarns at 19:19 No comments:


Colour Affection aka Ode to my trip to Finland 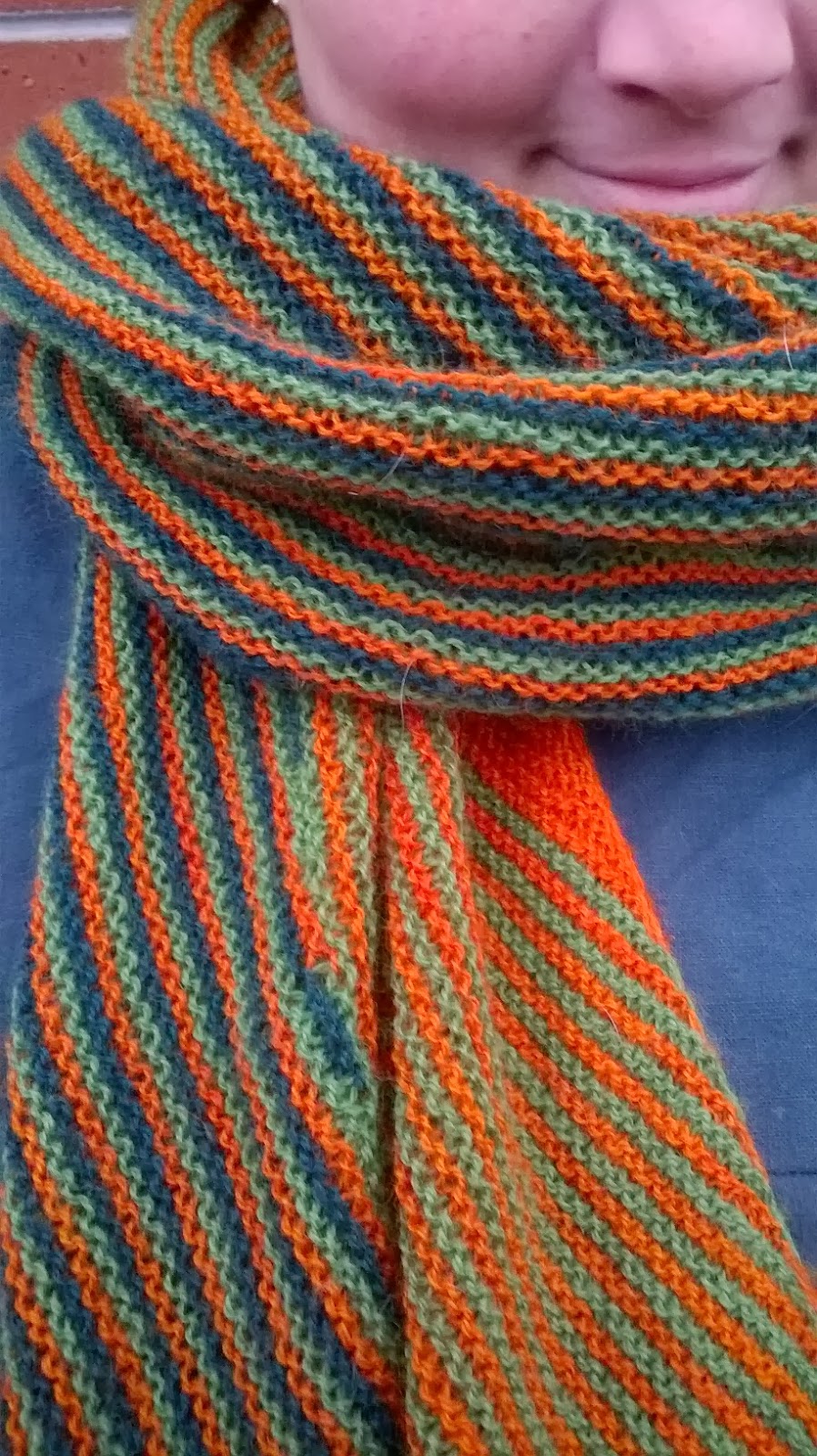 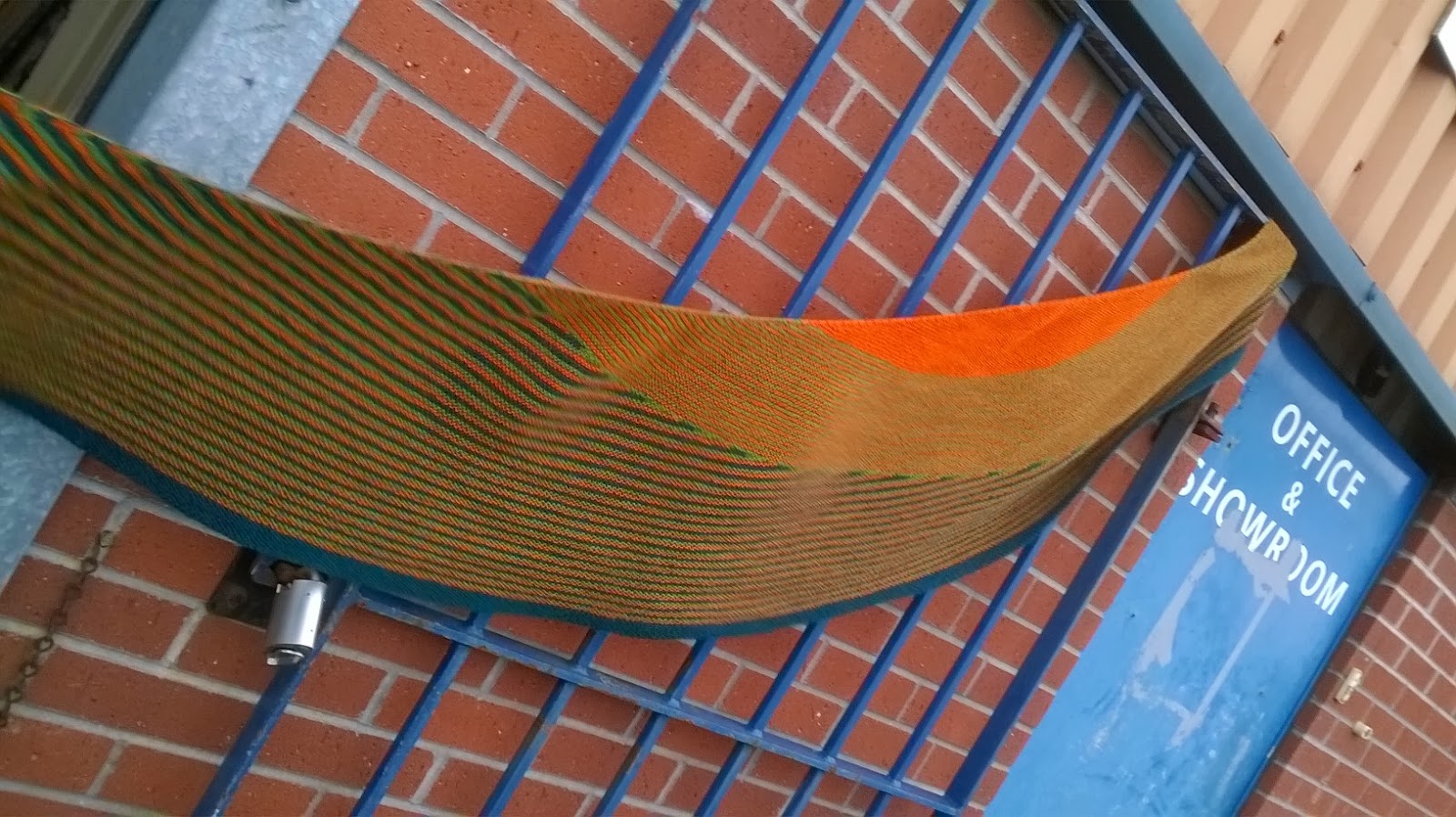 It turned out huuuuuge! Well over two meters long!
Lovely, mindless knit, just lots and lots of garter stitch with a little interest added in watching the short rows take effect.
I really like this yarn - it's sort of rustic but actually softer than I thought it would be, and knits up really light and bouncy. The colours are bright and lovely too, and there are many more in the range. As is often the case with scandinavian yarns, it's not easily available from abroad although....watch this space...changes may be afoot at squeaky elliot! 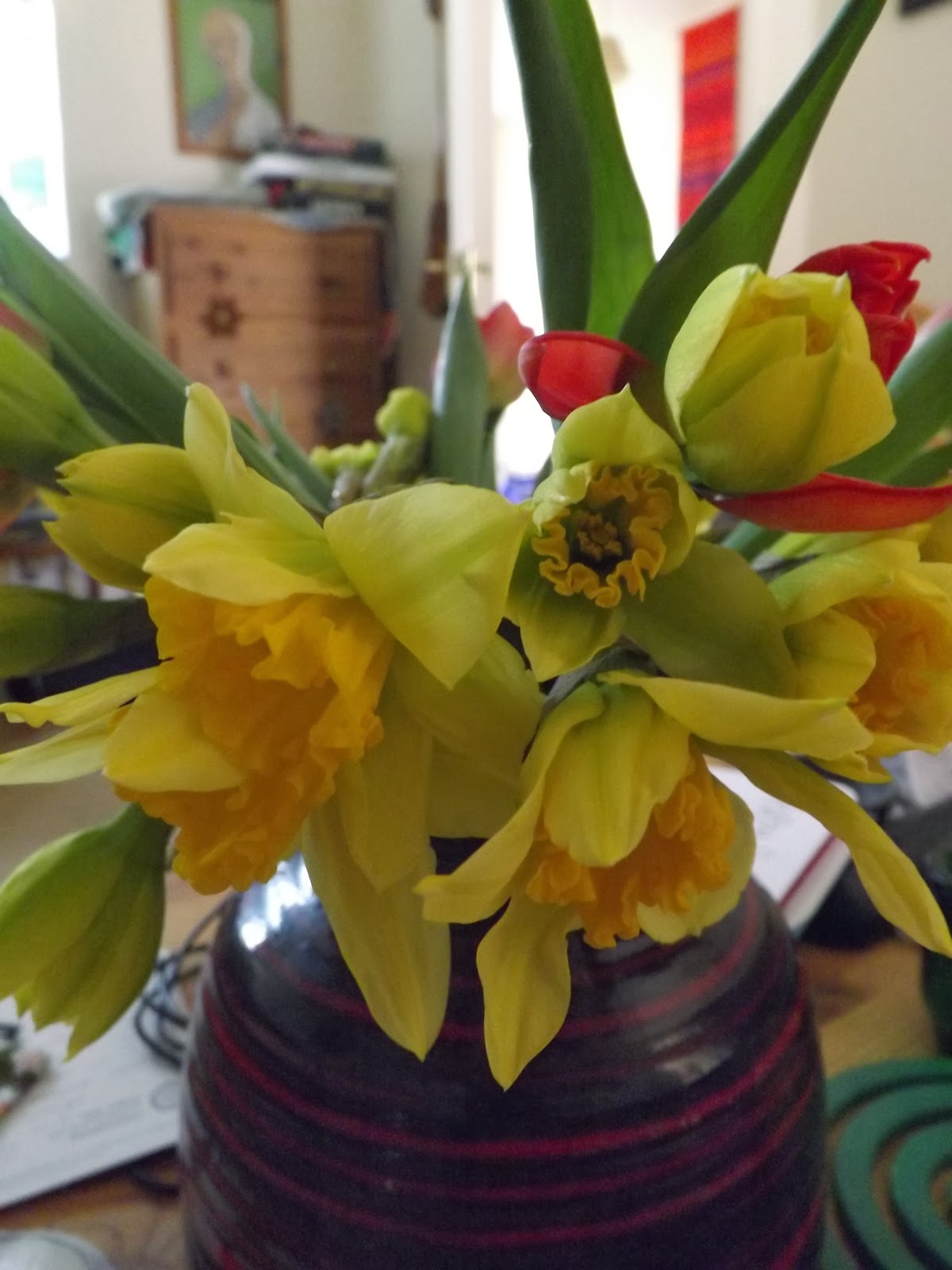 Caerphilly was full of daffodils galore on Saturday, and Morrisons had sold out of pork and leek sausages by 11am, but I do think that Google said it best of all: 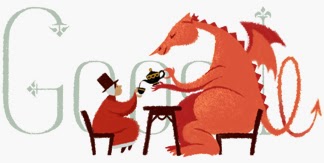 I have always had a fascination with industrial clothing. I hounded my local army surplus at university and I am still digging through the rails of Emmaus in search of one of those blue factory jackets that will actually fit me. Lately, the obsession is fire fighter's clothing: I think I like the chunkiness of it, coupled with the worn look that comes with regularily being exposed to fire and water. Bunker gear is really expensive to buy, so it's not kept as new and pristine as other uniforms are and I love that.
I had noticed that the big jackets come with extendable cuffs with thumbholes in them and I was already planning on knitting my own version when my mother sent me the most amazing yarn in the post. The yarn was so amazing I couldn't leave the post office carpark because I was squishing it so much! 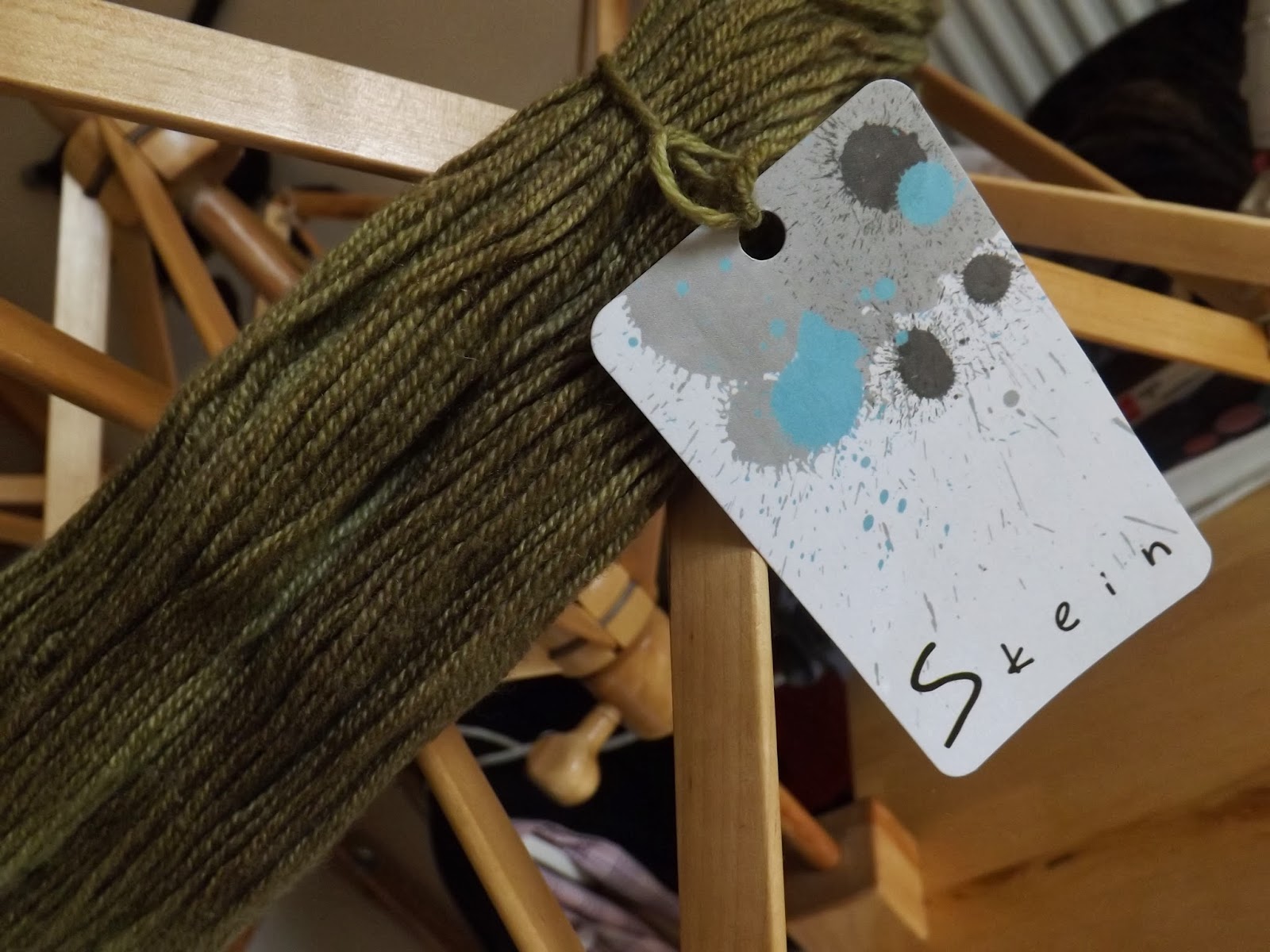 The yarn is by Skein, a company whose colours I have always admired but not had the funds to buy for myself, in the Midlands colourway. It's on the Himalaya DK base, and I just can't believe that it is discontinued!!

I think I have mentioned before how, as a yarn dyer myself, it is sometimes hard to find indie yarns that don't use the same bases as I use myself. We don't have many suppliers of undyed yarn here in the UK , so most dyers end up using the same bases. The Himalaya, however, is a completely different texture, and just that is a joy in itself. It is also the most gorgeous, silky blend of Merino and Cashmere, and happened to be the exact colour I had envisaged for my bunker mitts.
So instead of working on finishing nr 3 on my 12 UFOs knit-along like a good girl, I dropped everything and spent the weekend knitting up these very long, plain fingerless gloves, trying to use as much of the yarn as possible. My mother is a little disappointed at how plain they are, but I wanted to let the yarn do the talking, and also, I don't think fire fighters have much lace or cabling in their gear... 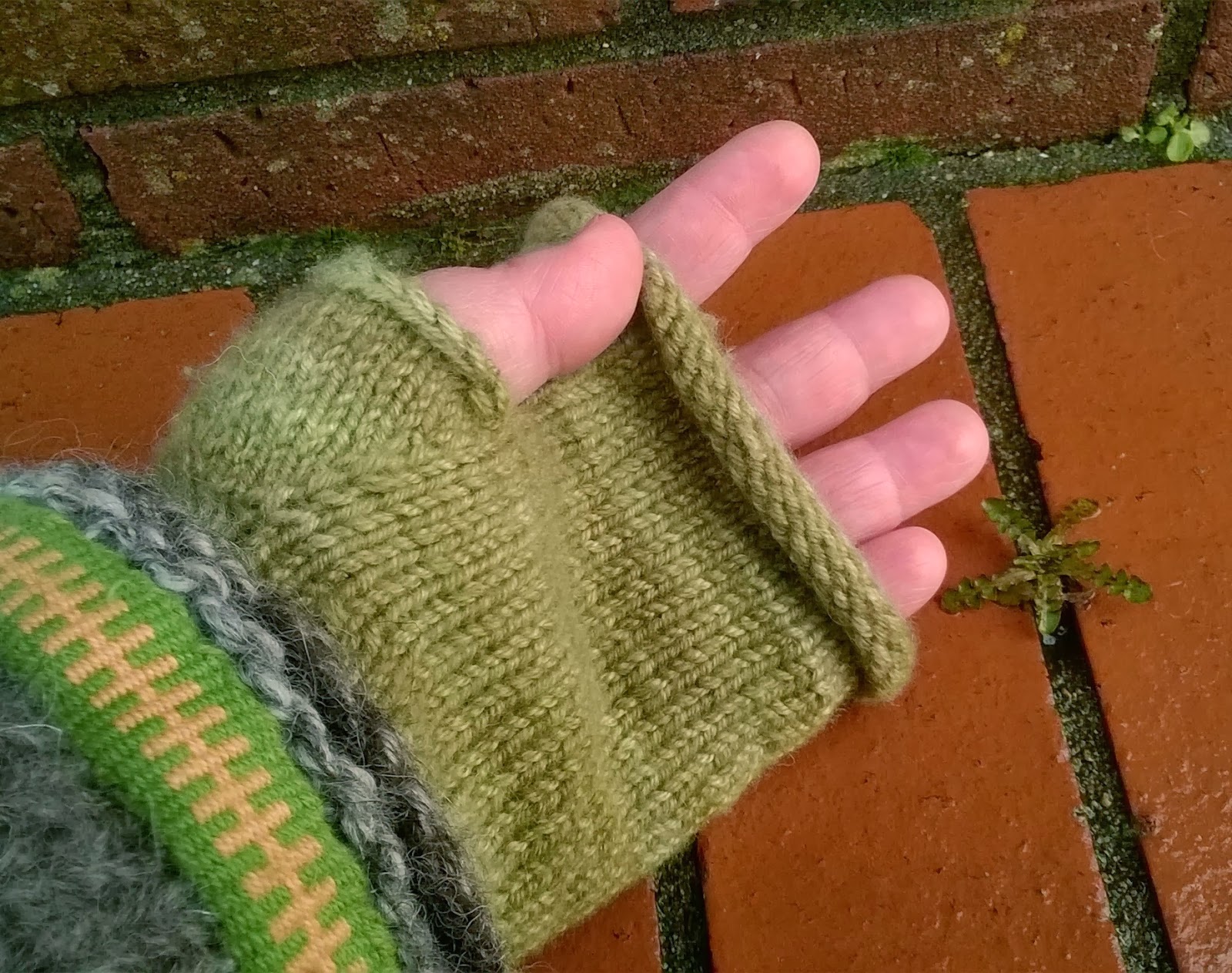 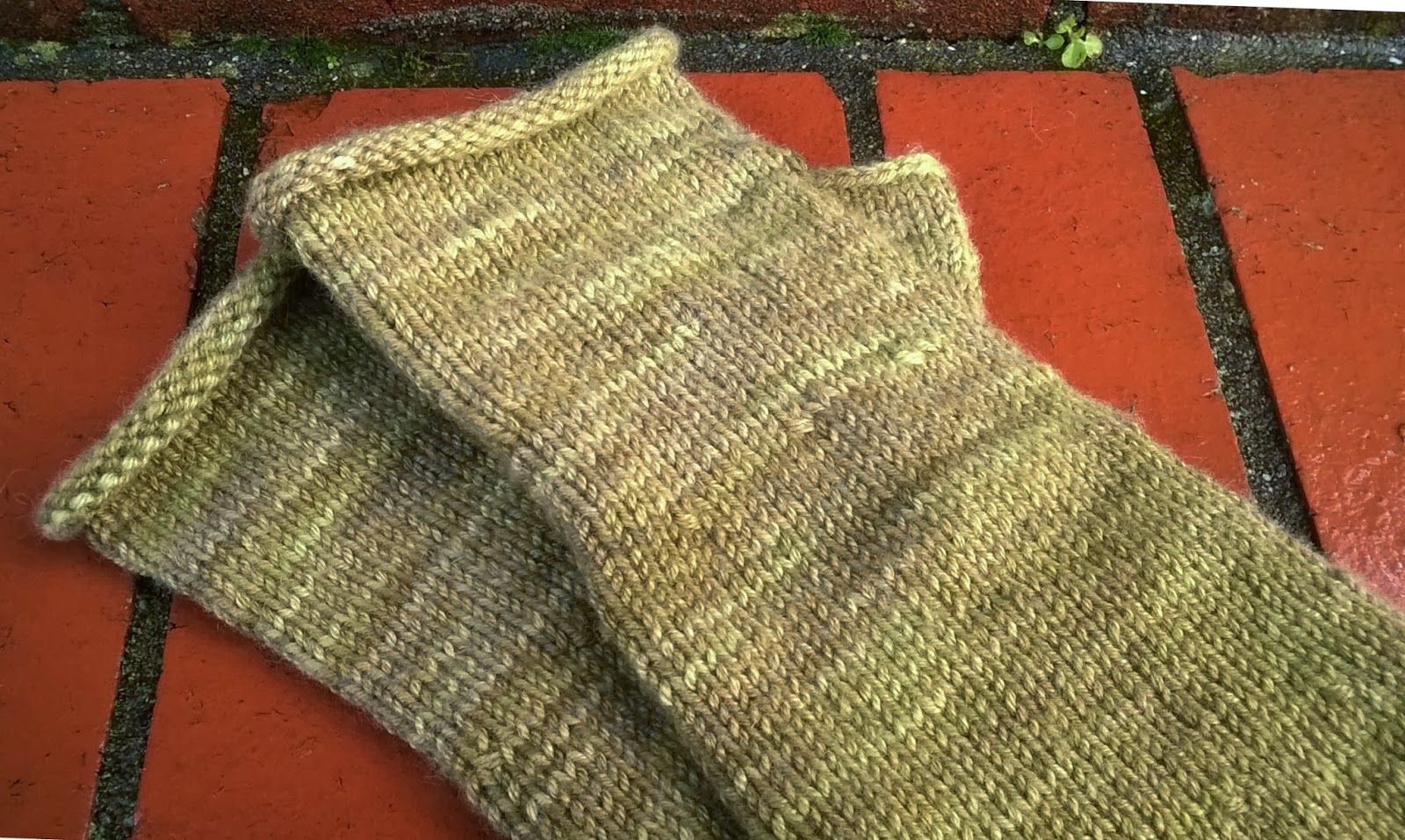 Posted by Midwinter Yarns at 09:49 No comments:

As the wind and rain are still relentlessly battering the UK, we battened down the hatches this weekend and retreated to the sofa with our cats, many pots of tea and Netflix.

I am currently in the process of trying out different Scandinavian yarns, amongst them Raggsocksgarn. Raggsockor (raggedy socks) are traditional, thick Swedish socks, knitted in aran-weight yarn typically plied in two different colours, adding to the raggedy, rustic effect.
As the yarn is so thick, the socks are really quick to knit up - I made both our pairs in the space of a week - and wonderfully warm to wear of course. 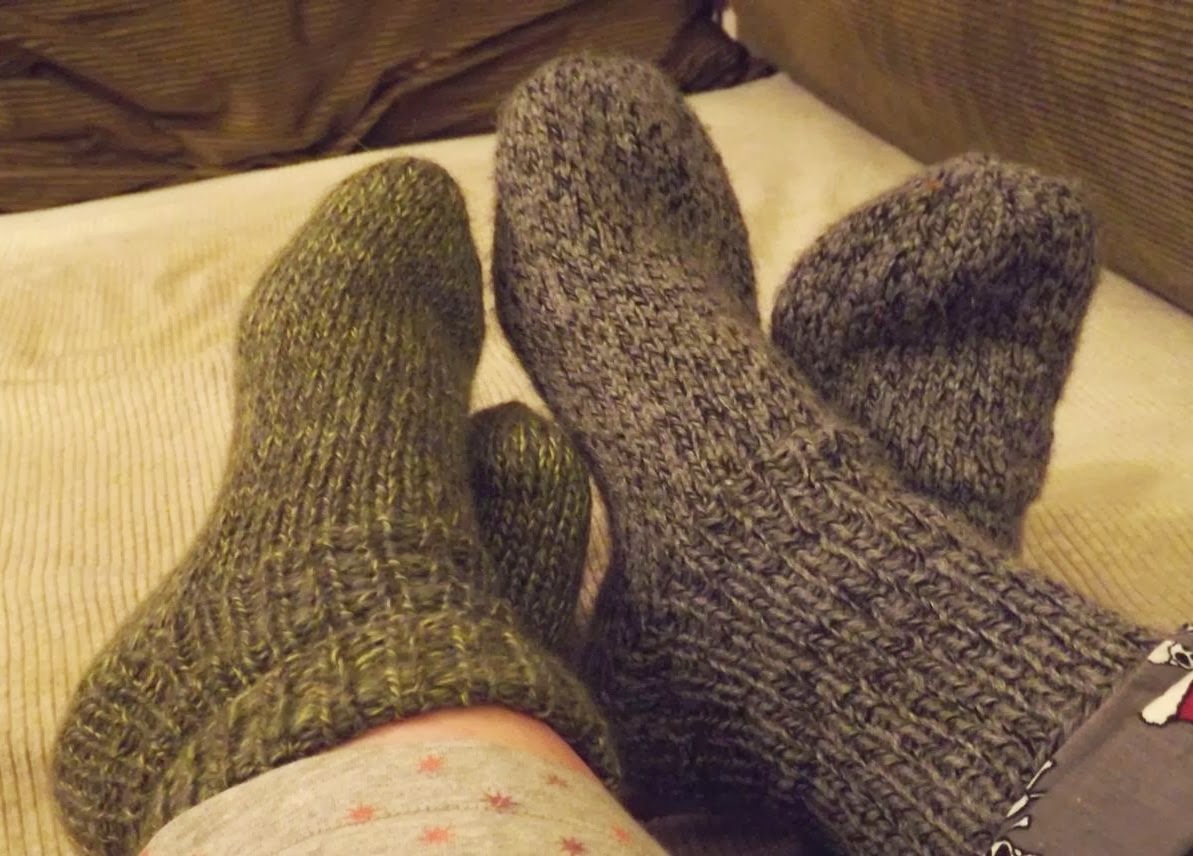 For the ultimate in Swedish chic, wear with clogs, although sadly I don't currently have any !

And continuing the Swedish theme, it was high time for Semlor! These sweet wheat buns filled with marzipan and whipped cream are eaten in the time leading up to Lent, while you can still enjoy all that is sweet and fattening in life. 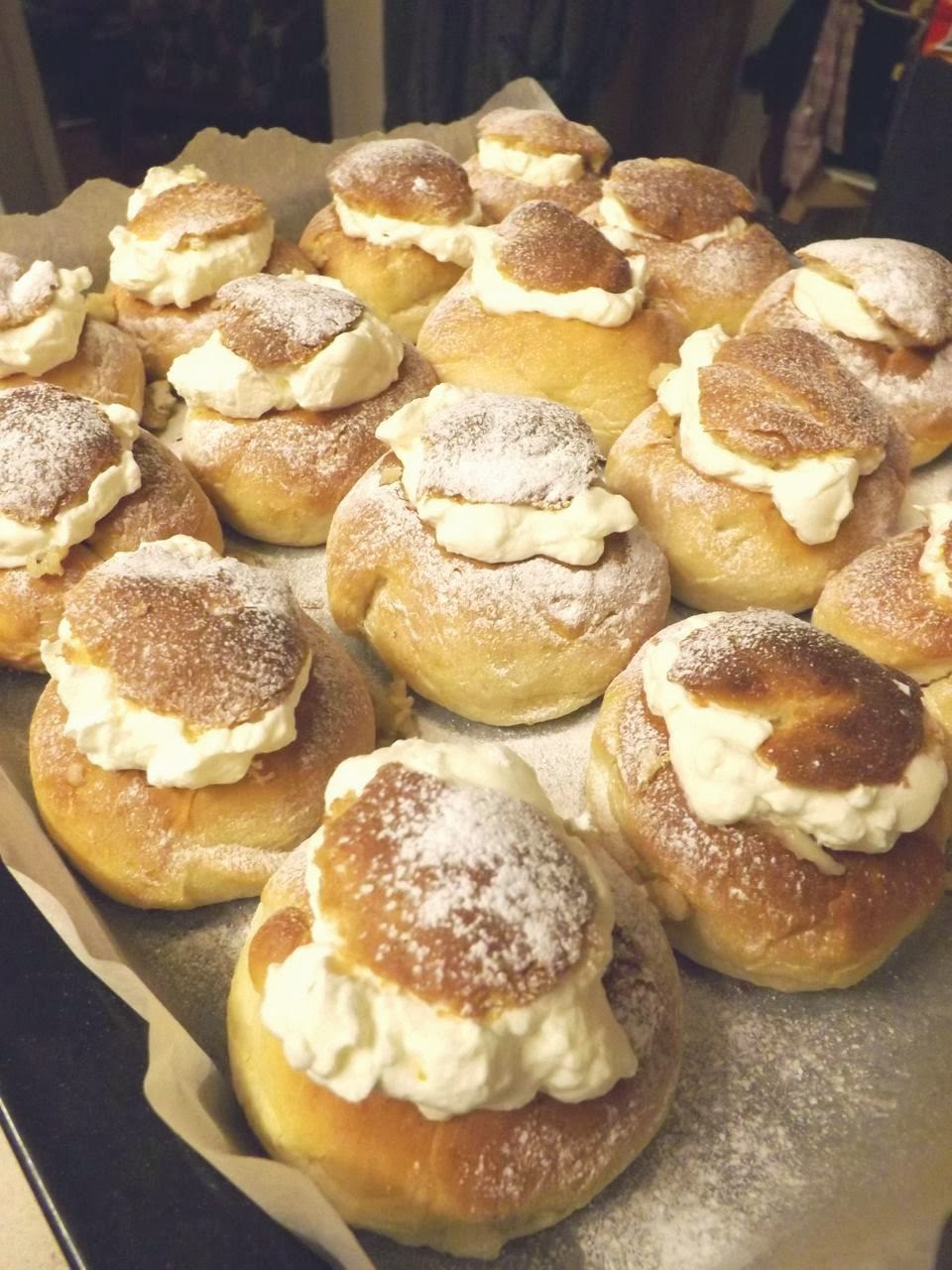 And as it's STILL raining outside, the great big storm sale is extended for another 3 days until Wednesday the 13th of February - just enter STORMY14 at checkout for 20% off everything in the shop, including the gorgeous new Gower Wool :) 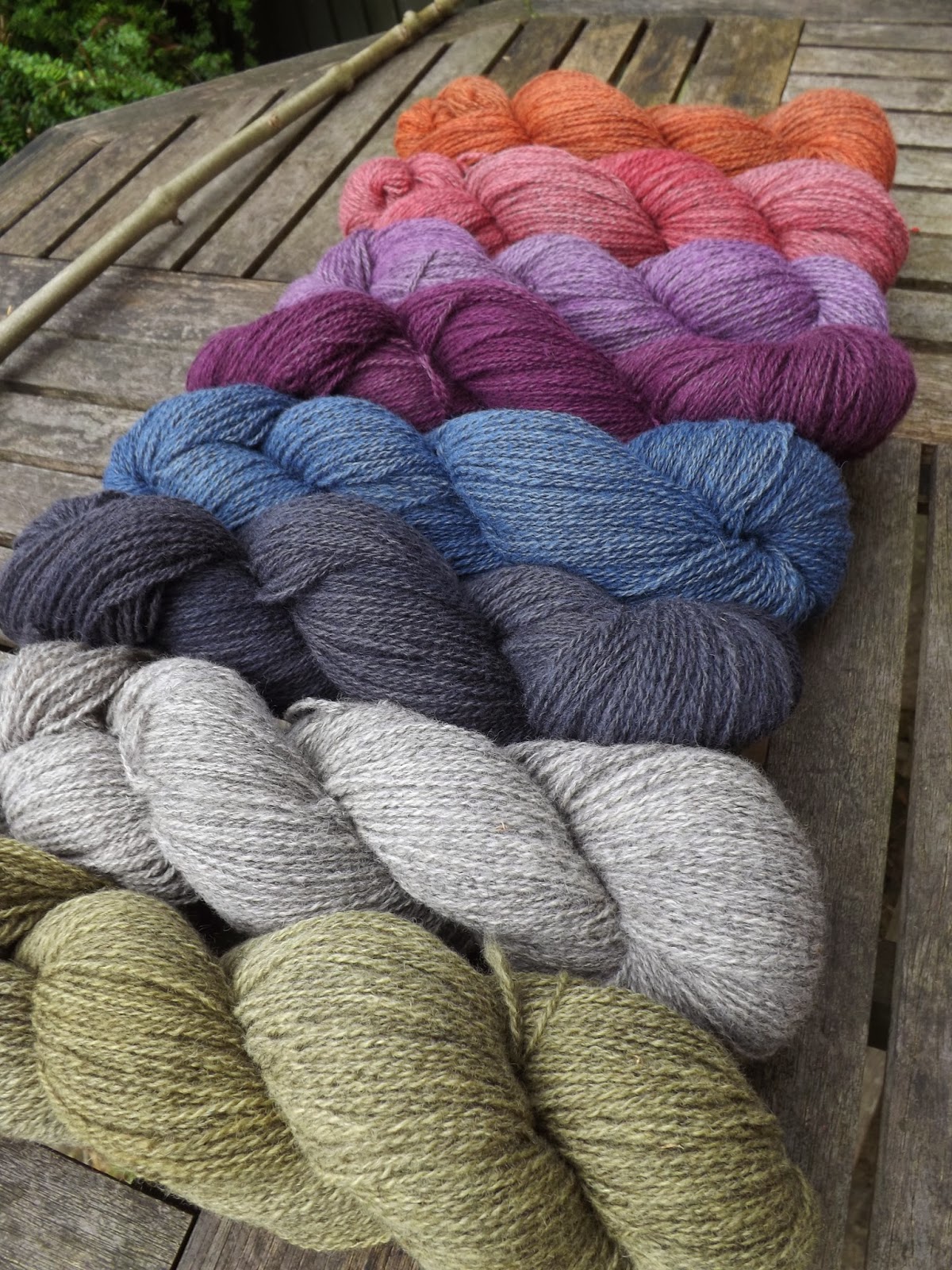 Well, since the forecast for Wales continues to look like this: 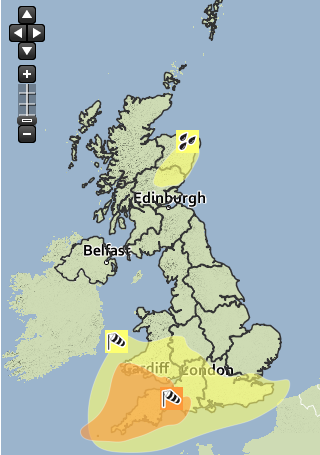 and that sort of weather isn't good for anything but staying indoors with a nice mug of tea and a knitting, we're having a stormy weather sale til the end of the week. A full 20% off everything in the shop, so get it while you can and enter STORMY14 in the coupon code window at check-out.

Stay warm! and dry!
Posted by Midwinter Yarns at 17:37 No comments: